Cava opening in Ventimiglia: the wine shop for those who love excellence in the cellar, at the crossroads between Italy, France and Monaco.

Roxenne and William, their combined age less than 50, are the protagonists of this new adventure, they are young but have a very clear view in mind.

To work on the culture of wine, with small scale productions and quality companies that have a story to tell: this is the goal of Cava Eccellenze in cantina, the new wine shop opening today in Ventimiglia, taking on the name and headquarters of the most historic local bottiglieria.

The city, in the Liguria Region, is a meeting point those who love good wine, situated at an ideal crossroads between Italy, France and Monaco.

Cava is a true treasure cave with more than 350 labels, the result of a selection of wines and niche products. Tuscany and Piedmont dominate the scene where one can also find gems from Africa, New Zealand, Chile and Europe.

They work on limited productions and on the idea of exclusivity which, in this case, does not lie in price or luxury, but in the search for authenticity: a few bottles, with great “contents”.

Tasting events will be scheduled to increase knowledge and understanding of territories and producers, and to tell the story behind each label.

The guest that will inaugurate the opening day, Antonio Arrighi, a talented producer from the Elba island, embodies the ideal winemakers that Cava wishes to promote: small companies with great quality value, who are capable to manifest their territory.
Antonio Arrighi got the world’s attention with an experiment, Nesos the marine wine, being the first to innovate by looking at a story from 2500 years ago.

Bottles that hold a special kind of magic able to take you back to savour lost tastes, beyond the boundaries of time, without limits, if not in the number of the bottles…

Roxenne Gandolfo, whose father is originally from Sicily and whose mother from Switzerland, was born surrounded by nature and green fields in the countryside around Lucca where she took part in the harvest from an early age. She likes to say that she grew up with water and wine instead of carbonated drinks and that’s when her passion for Bacchus nectar was born. Then she moved to Versilia.

Born in Verona to a Serbian mother, William Pollinari moved to Versilia where he met Roxenne at school. He is passionate about cooking and works in various hotels and restaurants, both in Italy and abroad (France and Monaco).

We would like to express our sincere and infinite thanks to all the people who contributed in this project allowing us to arrive here. Thank you for supporting us and believing with us in the realization of our dream, your cooperation is a precious experience that we will never forget. 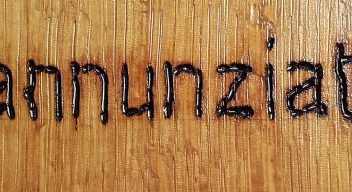 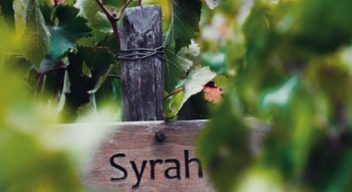